Kyoh Goshoin (御聖院 杏, Goshōin Kyō?) is one of the main characters of the Netoge no Yome wa Onnanoko ja Nai to Omotta? series. Kyou is the Alley Cats' guild leader as well as the Student Council president. Her in-game name is Apricot (アプリコット, Apurikotto?)

Kyoh is a beautiful teenage girl with purple, long straight hair with yellow eyes. She is usually seen with a normal school uniform for her school.

Kyoh (Apricot) is usually seen in white pants and a green jacket that barely covers his chest.

In school, Kyoh is a calm and collective Student Council President, matching with her mature nature. However, deep down, she is a loner and a gamer, who openly dislikes 'normies' as much as Ako and wouldn't like to talk to them. Kyoh is none the less a good person, who is willing to try and fix Ako's 'problem', even though she can be a little mean and teasing. Kyoh tends to spend a lot of real money on magical objects in the game, showing that she has a spending problem because her parents spoiled her.

Kyoh came from a rich family who are overprotective of her and give her nearly anything she wants, barely letting her encounter other people. This lead Kyoh to become a gamer as she can talk to people online, but soon enabled her to talk to them in real life as she disliked the 'normies.'

In the game, Kyoh holds many rare premium items she spent real money on but she mainly prefers using her staff.

Hideki Nishimura: They know each other from a game called Legendary Age and they met on the first episode of the anime. As time passes she starts to develop feelings towards Hideki Nishimura. Its also stated that she harbours romantic feelings for him however, Hideki sees her as a good person at heart. 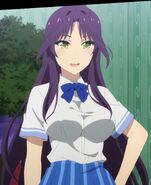 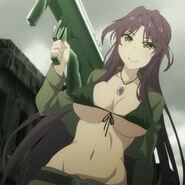 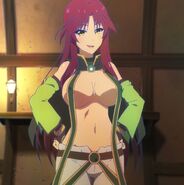