This is a list of blu-ray releases of the Netoge no Yome wa Onnanoko ja Nai to Omotta? anime series.

Netoge no Yome wa Onnanoko ja Nai to Omotta? is a Japanese light novel series by Shibai Kineko. The first light novel volume was published on July 10, 2013 by ASCII Media Works under their Dengeki Bunko imprint. As of February 2017, thirteen volumes have been published. 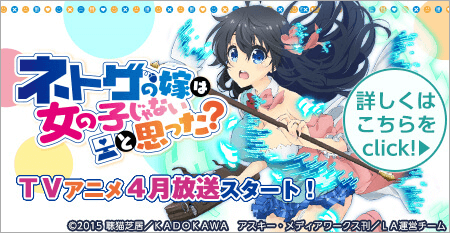