Yui Saito (斉藤 結衣, Saitō Yui?) is Hideki's teacher who watches over him and the girls, and becomes their club's advisor. She gives him advice on how to interact with girls and balance his gaming life. It is later revealed that she was the LA player Nekohime (猫姫), a catgirl who rejected Hideki's in-game proposal two years prior, stating that she was actually a guy.

Yui is a youthful and pretty woman, wearing a business outfit, glasses, and long light brown hair tie in a braid.

As Nekohime, has a younger teen appearance, darker brown hair, has cat ears and tail, and wear a pretty pink princess dress with ribbon.

In school, Yui is a hard-working and strict teacher that cares deeply for her students. Yui doesn't like when they are doing something that is against the school rules or when they are acting out. Despite that, Yui wants nothing, but to help them and feel better in school. In the game however, Yui acts more childish, cheerful to the point that some would mistake her for a teenager. Yui is known to be wise and understanding at young people, knowing how to handle them and treat their problem in a positive way.

Not much is known about Yui's past, but at some point she logged into an online game, L.A., and created a female character named Nekohime, becoming extremely popular among many players, including her guild. When Hideki Nishimura asked her hand in marriage within the game, she decided to tell everyone she's a male player to avoid an awkward situation. This broke Hideki's heart, prompting his distrust towards female players. Eventually, she stopped playing the game for a couple of years. 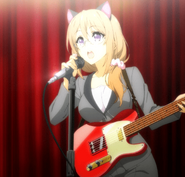 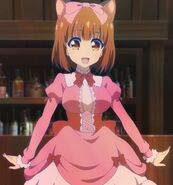 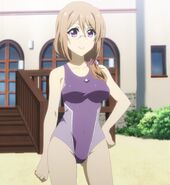 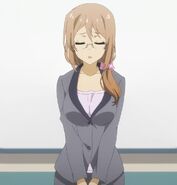